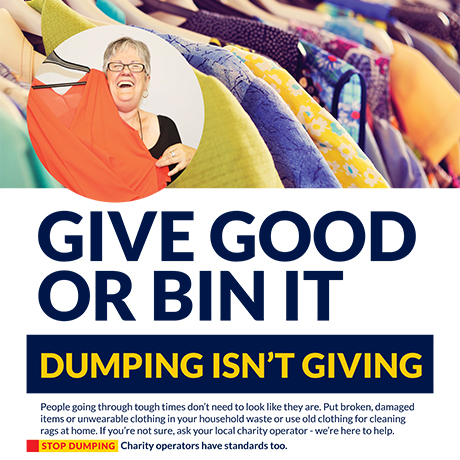 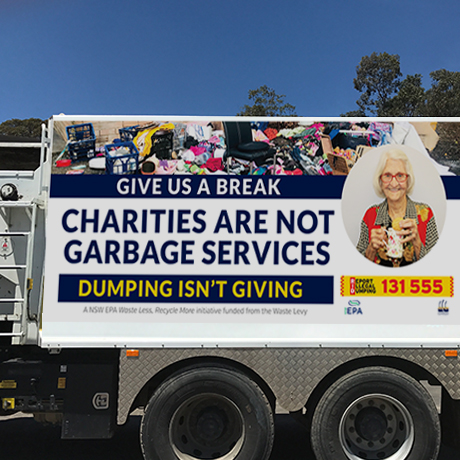 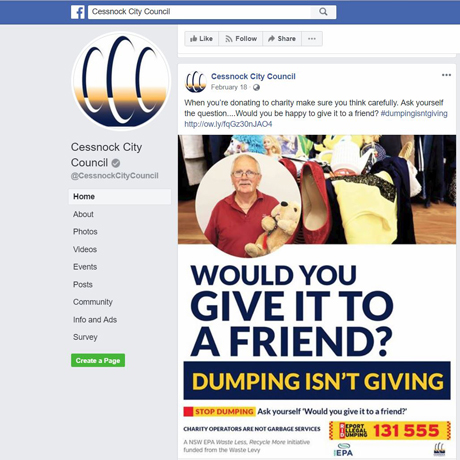 Cessnock City Council in conjunction with the NSW Environment Protection Authority required a social awareness campaign to tackle the issue of illegal dumping on charities. The campaign, to cover a number of charity operators, was designed to educate the community and communicate the adverse impact that dumping and inappropriate donations have on charity operators. Four key messages around the concept of ‘giving’ were  developed to highlight the real face of personas affected by the issue – volunteers, receivers and givers. Images of local people were used together with the headlines: Give us a break, Would you give it to a friend, Give good or bin it and What to give. Together with the campaign slogan Dumping Isn’t Giving and range of taglines such as Stop Dumping! Charity operators are not garbage services or Charity operators have standards too, the campaign provided unique messaging around this problematic issue and was well received by community.

Kandure Graphic Design Studio in Sydney is a unique independent creative studio designing artwork for print, identity and digital. Established in 1999, Kandure has enjoyed successful and consistent engagement delivering graphic design artwork and creative for a wide range of clients.

Whether you are a start-up or established entity feel welcome to contact Kandure for any graphic design requirements. The studio is located in Enfield NSW Australia. Meetings by appointment. 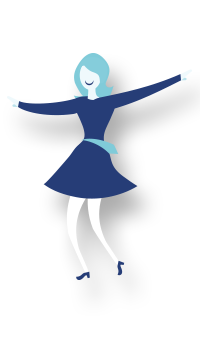